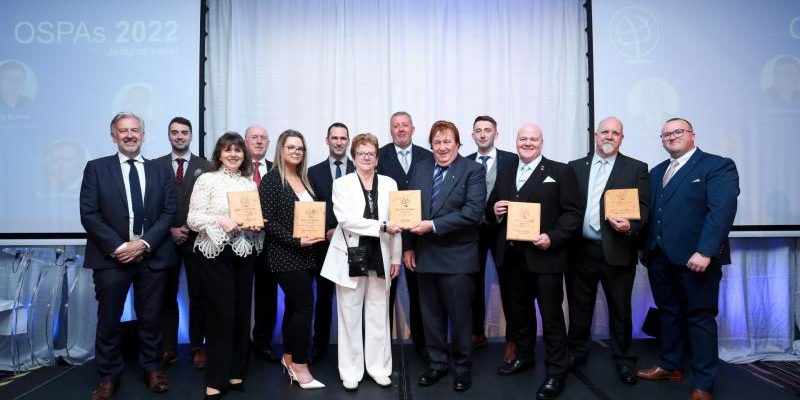 Manguard Plus, Ireland’s largest privately owned Irish security company won the majority of awards at the first ever Outstanding Security Performance Awards ( OSPAs) to be held in Ireland .

Its founder and Managing Director, Sean Hall won the ‘Lifetime Achievement Award’ in tribute to the huge contribution he has made to the professional security company in Ireland and beyond.

The independent awards, established by leading respected Professor of Criminology, Martin Gill, were launched in Ireland to recognise companies, people, products and initiatives that make a significant contribution to the Irish security sector.

The judges were selected by the leading security associations in Ireland, and all signed up to a strict ethics policy to ensure no conflict of interest.

Guaranteed Irish speaks to ‘Manguard Plus’ Managing Director, Sean Hall, for this month’s Q and A
May 5, 2022

Manguard Plus is a proud sponsor of  Crumlin United FC and the sterling work it continues to do with young people, across a whole range of disciplines
April 28, 2022

Manguard Plus is proud to continue its support of this incredible St. Pat’s Academy
April 19, 2022